The Westphalian Totleger, Westphalian  Chicken, or Westfälischer Totleger, is a very hardy and ancient breed of chicken whose provenance dates back more than 400 years. The name “Totleger” is a German term denoting the bird’s remarkable laying abilities. And Westfälischer is the place from where the breed began to spread throughout Germany.

Westphalian Totlegers are found in 2 color varieties; Silver and gold, they have white earlobes and slate-blue legs. Roosters can weigh up to 3 kg, while hens reach 2.5 kg. It is closely related to the Ostfriesische Möwe and the Belgian Braekel chickens but differs mainly in having a rose comb instead.

Appearance and Characteristics of the Westphalian Totleger Chicken 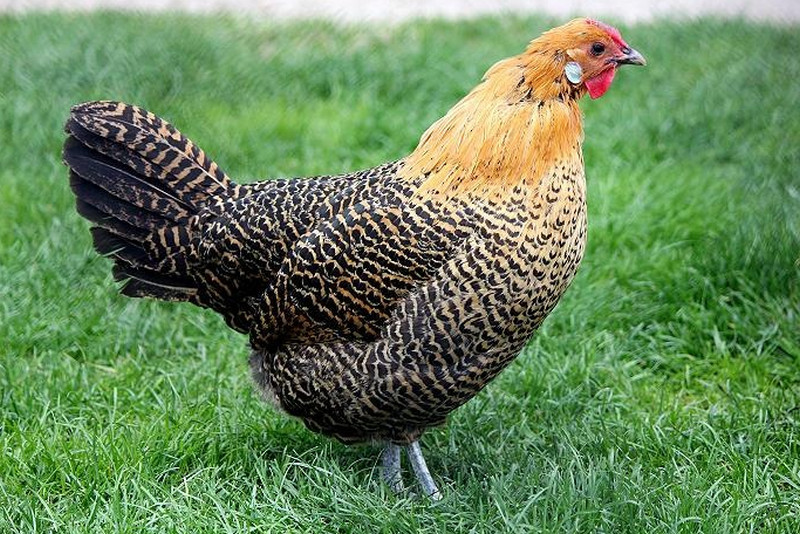 Temperament of the Westphalian  Chicken Breed

Westphalian Totlegers are docile birds that are adapted to both confinement and free-range. The breed is an active bird that loves to be on the move and is best kept free-range, although they do tend to sleep in trees if they can, so high fencing is recommended.

Westphalian Totleger Hens rarely breed, but they are quite reliable breeders and carry their chicks well. They are also known as excellent producers of white shell eggs. A healthy hen is expected to lay around 200-240 eggs per year weighing 55-65 g.

The Westphalian egg-laying ability has been a key focus in keeping and protecting this hardy free-range hen for over 4 centuries.

The Totleger is descended from traditional Westphalian country chickens and was primarily bred in the area around the cities of Bielefeld and Herford. Two currently rare but once common breeds in the region, the Belgian Braekel, and the Ostfriesische Möwe were involved in its development.

Although the German word Tot means “dead” and Leger means “(egg) layer”, the real meaning is different. Due to the considerable ability to produce eggs, the breed was known as “Dauerleger” or “Alltagsleger” (“Hen that lays eggs daily”). Under the influence of German breeders, the name changed to “Doutleijer”. Later, from this German word, the name “Totleger” was created. Which is a combination of words that suggests that the hen “lays eggs to death”, but its actual meaning is still disputed today.

On the Brink of Extinction

The Totleger was a popular breed until the arrival of more productive foreign breeds in the 1880s. By the time a breeders’ association was formed in 1904, it had largely become a show breed. Numbers remained low throughout the 20th century, reaching their lowest point in the 1980s.

In 2013 the registered population consisted of 301 roosters and 1,353 hens; in 2016 the specimens of this heritage breed had fallen to 176 roosters and 798 hens, in the hands of 112 breeders. It was chosen as the Gesellschaft zur Erhaltung alter und gefährdeter Haustierrassen’s “endangered breed of the year” in 1994, and in 2016 it was classified as “severely endangered”.

The official name of the German breed today is: “Westphalian Totleger”, but the breed is also known in some regions as “Alltagsleger”, “Dauerleger” and “Doutleijer”. The gist of all of these names refers to the hens’ tendency to be excellent egg producers and not highly consistent incubators.