The Phoenix chicken looks very similar to the pheasant. And they are notable for their exceptionally long tail. The tail can reach 90 cm or more. They have white earlobes, red wattles, and a red crest. Its individual crest has five well-defined vertical points.

The Japanese Onagadori has an unusual set of genes that allows for very long tail growth, including a recessive gene that prevents it from molting its feathers each year. These genes were lost in the development of the Phoenix, so the tail feathers were shed and thus never attain the immense tail that the Onagadori could attain.

The Phoenix chicken breed is recognized by the Livestock Conservancy. 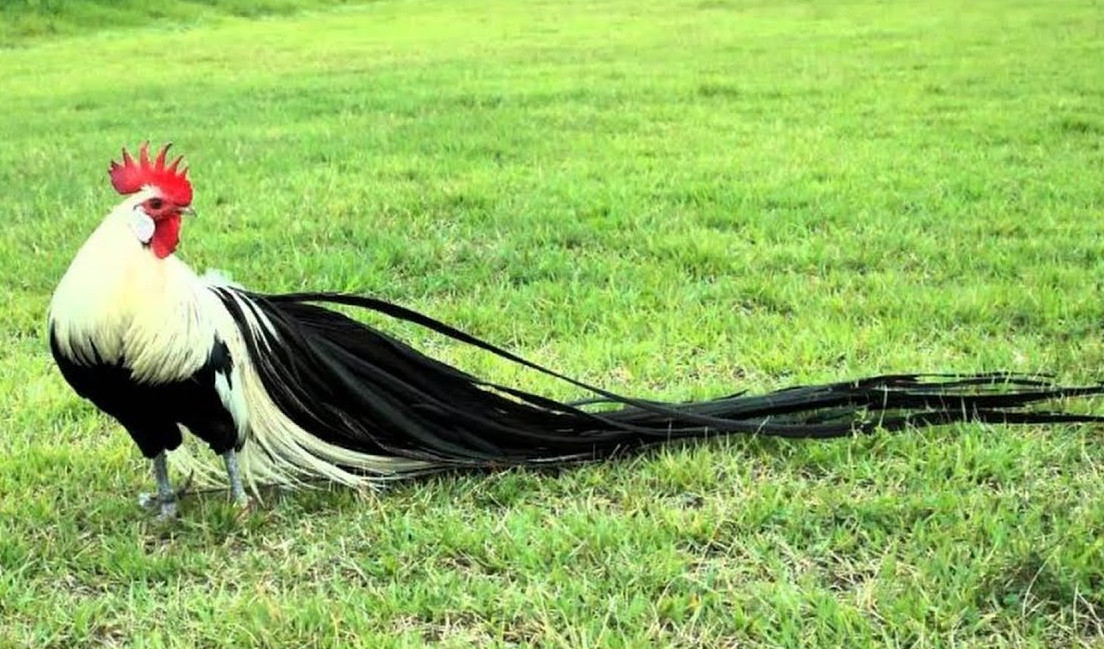 Varieties of the Phoenix chicken Breed

There are many colored varieties of the Phoenix chicken and its plumage color varies depending on the variety. The silver variety of the Phoenix breed was accepted into the American Poultry Association’s Standard of Perfection in 1965, and gold in 1983. The black-breasted red is reported as recognized in 2003, but has not been listed by the APA EL Fénix was first accepted into the Australian Poultry Standard in 2012.

Appearance and Characteristics of the Phoenix Chicken

Phoenix hens are very docile birds and easy to handle. They are also shy, friendly, and good pets if kept from a young age. But since they have a very long tail, they require special care to keep their feathers in good shape.

The Phoenix is ​​a very active breed with excellent flying abilities. They are excellent foragers and good at living in the open country. They also require a regular high protein diet to maintain their extra-large plumage.

Phoenix hens are good producers of small, cream-colored eggs, and they breed frequently. Chickens are good mothers. The chicks are hardy, but require additional protein for proper tail growth. The breed is well suited to farms where it can roam on a large scale, and it thrives best when given a lot of freedom.

The Phoenix breed was created by Hugo du Roi, the first president of the German national poultry association, in the late 19th century. Numerous breeds of chickens were used to create this breed. Japanese Onagadoris imported before 1900 represented a small population of chickens with delicate constitutions. Mr. du Roi made the decision to cross the breed to try to invigorate this small population and keep long-tailed birds alive in Europe.

The Phoenix was derived from crossing a small herd of Japanese long-tailed Onagadoris with a few other breeds, including the Leghorn, Yokohama, Witch Fighter, Old English Game, Modern Game, Ramelsloher, and the Malay. The breed came to America before 1924.

Phoenix chickens are recognized by the American Poultry Association as a standard breed in three varieties: Silver (1965); Golden (1983); Black Breasted Red (2003). The Roosters weigh 5.5 pounds and the Hens 4.5 pounds.

The Phoenix hen can lay around three white, creamy, or light brown eggs per week. Unfortunately, this number can be as low as one egg per week. The hens make excellent mothers, but they can also go broody. The Phoenix chickens are not large, and therefore they produce very small eggs.

How many eggs do Phoenix chickens lay?

Just like the birds used in their breeding program, the Phoenix aren’t overly friendly. This breed prefers to be standoffish and flighty. However, they do make good mothers. Due to their game bird background, roosters can be aggressive, so be sure to keep your hen to rooster ratios healthy.

How much does a Phoenix chicken cost?

The Phoenix is one of the most beautiful chicken breeds available today, and several varieties include the miniature bantam breeds. Silver Phoenix Bantam baby chicks are part of a breed that has a long history in Japan.

How big do Phoenix chickens get?