American Game chicken is a breed of fighting roster and a pure American chicken breed. This breed was once bred for cockfighting, and it has been raised traditionally and bred for reasons other than showing. The breed became the source of many other game breeds and become one of the most important bloodlines of gamefowls in the cockfighting industry, especially in the Philippines where cockfighting is legal.

American Game chicken was raised by many famous political leaders and it played a significant role in American history. The breed was created from the various European and Oriental game chickens.

And most American Game chicken strains or lines consist of Irish Game, Oriental, and Old English Gamefowl. However many others contain Spanish strains, along with gamefowl from other places including the Sumatra breed. Nowadays American Game chicken has become more popular as a show or ornamental bird. 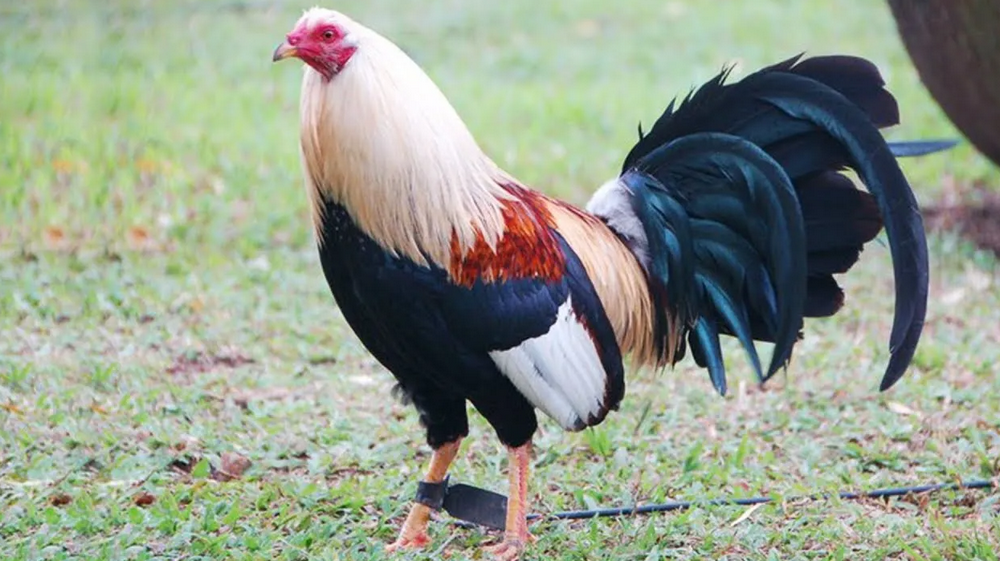 Albany, Butcher, Claret, Hatch, Kelso, Roundhead, Sweater, and Whitehackle are some of the most popular strains. The names of strain originated from people that performed well in the pits (with the birds they made themselves through selective breeding). There is a bantam version of American Game chicken.

American Game is one of the most beautiful poultry breeds. They come in a wide variety of colors. The most common coloration of this chicken breed are Black, Brown-red, Gold, Blue, Pumpkin, White, Red quil, Silver duckwings, Golden duckwings, Black Breasted Red etc.

Their comb can be found as single and pea comb and with combinations of each. In most color varieties, they have red-colored wattles, earlobes, and comb.

Fierce and ferocious, the American gamefowl has beautiful plumage. They are hardy, noisy, and will not stand confinement. American Game Chickens have single large combs and red wattles, though these were traditionally dubbed (Cut) to avoid injury during fights. The comb and wattles are prone to frostbite.

American gamefowl hens lay medium-sized white eggs. The quantity does not warrant the bird to be kept for laying eggs They are good brooders with fierce motherly instincts.

They are strong flyers and care must be taken, or else you will find them at the neighbors. The American fowl has great survival skills, will protect itself, and is a great scavenger.

Depending on the environment, the American gamefowl will live for between 8 to 15 years

In the Philippines where cockfighting or sabong is legal, American game chickens are very popular but they are not called “American game” anymore. Depending on what farm they come from, they are called by the name of the farm owner or other names designated by the owners to the particular bloodlines. For example, Nene Abello has the famous Possum 226 Sweater, Edwin Dela Cruz has 5K Sweater, Popeye Hatch Grey, Duke Hulsey Grey, and others.